We always have the impression that goldfish are happy fish. They often socialize with other fish and sometimes play with the bubbles emitted from your air pump.

But is the case the same during a blackout and your air pump suddenly stops working? 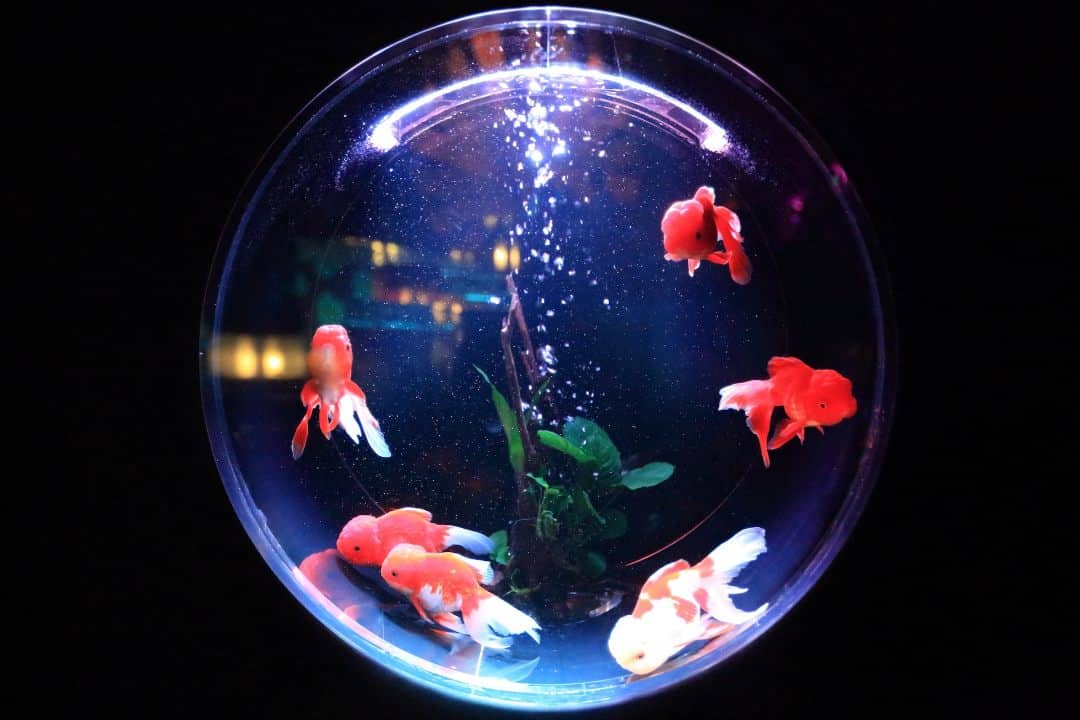 What do you think will happen? Let me answer this with a first-hand experience as power just went off here on my end and my eyes are locked in observing what will happen to my dear Golda the goldfish.

The Supply of Dissolved Oxygen

My goldfish Golda, as well as other kinds of fish, need oxygen to survive. This is in the form of dissolved oxygen. As a component of air, oxygen is naturally supplied in the water either by absorption in the atmosphere or through the photosynthetic by-production of aquatic plants.

Dissolved oxygen can also be artificially supplied. With the use of an air pump, oxygen-enriched bubbles are pumped into the water. This is enhanced with the use of air stones or bubblers as it breaks down the bubbles allowing more oxygen to be dissolved in the water.

Now that we know how to supply our tank water with dissolved oxygen, we must also know the dissolved oxygen requirement of our fish pet. In this way, we can ensure that we do not give our fish too much or too little oxygen.

Do Goldfish Need a Lot of Oxygen?

While most fish are already distressed in minimal dissolved oxygen levels, goldfish are still able to thrive. In the event dissolved oxygen drops, goldfish will just swim towards the surface and gulp in air. This is termed “piping” and this is true for all fish species under the carp family (Cyprinidae) where goldfish belong.

Despite its tolerance to low oxygen, it does not mean that goldfish can survive in totally anoxic waters. At 2 mg/L, you can expect mortality. Usually, the large-sized fish dies off first and is followed by the smaller ones.

Fun Fact: Do You Know that Piping Can Be Taught in Goldfish?

Piping is an instinct of goldfish and they automatically do this when the dissolved oxygen level drops. However, in an experiment made by Pavlov, he discovered that piping can be a learned behavior in goldfish.

While the experiment is focused on the goldfish’s behavioral response to feeding, he observed that the goldfish excitedly swims towards the surface as the feeder introduces their meal.

Alcohol Production as An Anoxic Response

How long do you think goldfish can survive without an oxygen pump? The answer to that is 5 months. From our visual perspective, piping and gulping in air at the surface helped them survive this long. However, it is a different scenario when you look at it from a microscopic perspective.

Researchers at the University of Liverpool discovered that alcohol has become the key factor for goldfish survival during low oxygen. It’s not that they intoxicate themselves with liquor or disinfect themselves like we’re doing during this covid pandemic. It has something to do with their metabolism.

Goldfish, as well as other fish under the carp family, has an evolutionary enzyme that converts carbohydrates into alcohol. During metabolism in low oxygen levels, instead of producing lactic acid, goldfish produce alcohol which acts like a brewer’s yeast that is released in their gills.

Can Goldfish Live Without An Air Pump? 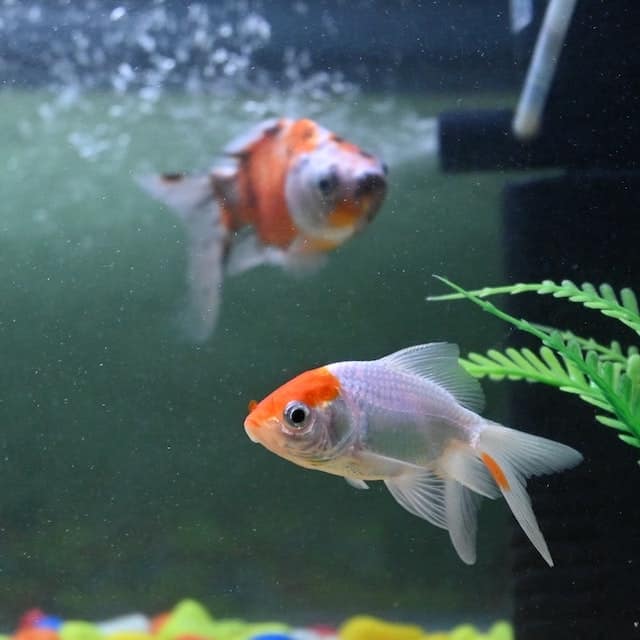 Now that we know the science behind goldfish and their dissolved oxygen requirement, let’s go back to taking care of them in the tank.

Without an air pump, the supply of dissolved oxygen will depend on natural sources. Special emphasis is given if the cultivation of goldfish is in a fish bowl setup. Here are some of the factors that you may consider:

In general, the top radius of a fish bowl is smaller than its body. In effect, the amount of water exposed to air for oxygen absorption is relatively small.

In this case, the use of an air pump is highly recommended to compensate for the unexposed water which represents a larger volume of water in the bowl.

When there is good air circulation (like the outdoors), the chances of oxygen absorption in surface water are high. On the other hand, an indoor setup may restrict circulation and reduce air movement.

In the case of an indoor set-up, an air pump is recommended or you can place the bowl near ventilated spaces like windows.

Oxygen is the by-product of photosynthesis. As aquatic plants are nourished by light, they release oxygen in return. Having the appropriate aquatic plant will not just supply dissolved oxygen, but will also enhance the aesthetic beauty of your fish bowl.

as a rule of thumb, the more fish you stock in a tank, the faster the dissolved oxygen is consumed. You should have the right number of fish that suits the size of your fish bowl. Even with the use of an air pump, overcrowding will lead to stress and aggression.

Do Goldfish Need a Filter and Air Pump?

For air pumps, we have addressed them and their usage will depend on the situation already. However, it is a different case for filters as it serves another purpose.

Filters clean the water against debris and waste. Since goldfish are heavy eaters, they excrete a lot of waste. If the waste is not filtered and removed, it will decompose and toxic substances (like ammonia) are released into the water.

Ammonia is a stressor for fish. If their levels build up in the tank, ammonia can cause mortality. While filters are not mandatory for goldfish, they are highly recommended especially if you do not have time for a frequent water change.

Do Goldfish Need a Bubbler?

Also known as air stones, their primary purpose is to break bubbles into smaller pieces. In effect, more oxygen is released and absorbed in the water. However, as we already learned that goldfish don’t require a lot of oxygen, then a bubbler is not a necessity.

Nevertheless, if you are considering aesthetics, a bubbler will enhance the calm and serene ambiance of your tank as small bubbles create a soothing sound as compared to the noisy blob of large bubbles.

It has been an hour since the power went out and nothing happened to Golda, my goldfish. Not even piping. While it is uncertain when the power will be restored, I am confident that it will not last for 5 months and that Golda can survive this ordeal.

In your case, if this happens to you and you are unsure about water quality, I highly recommend you monitor using the DO meter, and observe for changes especially if you have other fish species in your tank.

Otherwise, if you see signs of labored breathing as a result of lowered oxygen level, then you can always use a battery-operated air pump.