Perhaps you’ve one day wondered whether fish, especially the small ones we tend to buy for our aquariums, have brains since they’re so small and seemingly simple-minded. In this article, we’ll take a look at the anatomy of fish to see if they have brains, and, if so, what their functions are.

Fish do have brains. Though its structure is anatomically different from the brains found in other animals such as humans, fish have functional brains, as well as an entire nervous system that serves various purposes such as letting them feel pain and stress, and providing memory. 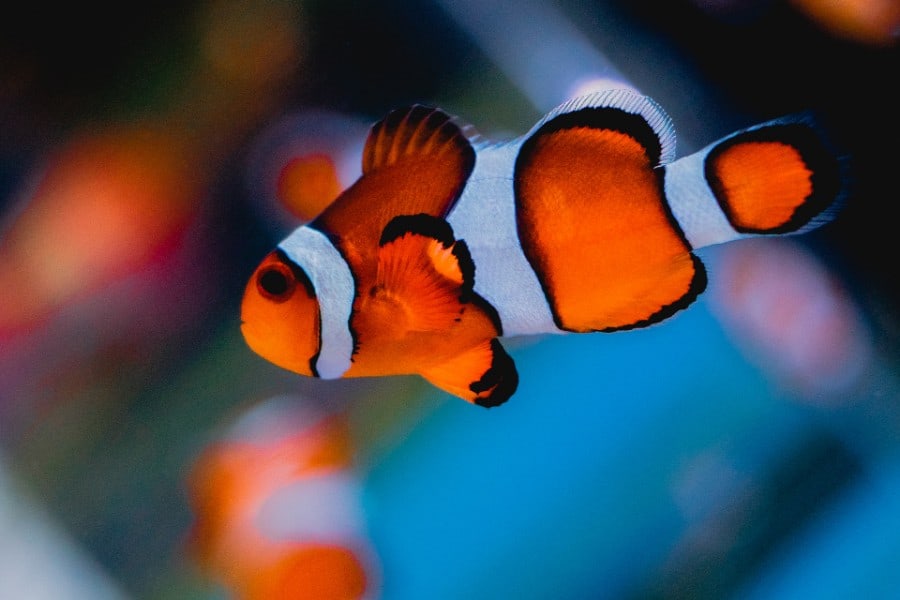 Before looking at what fish brains do, let’s first take a look at the brain itself.

What Does a Fish Brain Consist Of?

A fish’s brain is usually divided into four separate components: the telencephalon, the diencephalon, the mesencephalon, and the hindbrain. The brain and the spinal cord together form the fish’s central nervous system.

What is the Telencephalon?

The telencephalon is the forward portion of the brain, and it contains the olfactory components that process smells. It also holds the cerebrum, which aids in the olfactory process.

The telencephalon is often enlarged in fish with an exceptional sense of smell.

What is the Diencephalon?

The diencephalon is crucial for allowing fish to maintain homeostasis, which is the state of having a consistent internal environment.

The diencephalon is the area immediately behind the telencephalon and is located within the brain. It contains several structures, such as the pituitary gland, thalamus, hypothalamus, pineal body, and the saccus vasculosus.

Most structures within the diencephalon either secrete hormones or act as relay centers that transfer messages to various parts of the brain. The pineal body, for example, allows fish to detect light and darkness.

What is the Mesencephalon?

The mesencephalon otherwise referred to as the midbrain sits above the diencephalon and is mainly used to decipher visual cues. It contains the superficial white zone, central zone, deep white zone, and periventricular gray zone.

What is the Hindbrain?

The hindbrain contains the cerebellum and brain stem, the former of which is used to help fish maintain equilibrium and the latter is used to coordinate sensory information by connecting the spinal cord to the brain.

Here is a table to show the main functions and structures of each component of the brain:

Table 1: The components of the brain, and its associated structures and functions, are shown

Here is a general diagram to help you visualize what we’ve discussed so far:

Overall, you can see that a fish’s brain contains all the brain regions as the brain of a human.

One difference is that the fish’s brain-to-body ratio is typically much smaller than that of other vertebrates.

Another thing to keep in mind is that because fish mainly uses its vision and hearing to go about its life, its visual and olfactory components are much more predominant in its brain compared to ours. On the other hand, its brain lacks a well-developed cerebral cortex, which is where higher-order thinking occurs in primates and humans.

More details on the structure of a fish’s brain and current research surrounding the issue can be found here.

How Do Fish Use Their Brain?

Since fish have central and peripheral nervous systems, complete with a brain and spinal cord, much of their behavior stems from their brain. Here are a few ways their brains affect their behavior:

The Brain Helps Their Memory

Long-term memory is something that, contrary to popular belief, is quite present in fish. There are many examples to show how fish brains assist them with memorization.

There have been cases when goldfish can remember a food dispenser’s color after spending a year away from it. Fish also tend to remember and later avoid individuals they’ve lost in a fight with before as well as any aggressive fish that have bullied them before.

The Brain Allows the Fish to Feel Pain and Stress

Though fish don’t audibly scream when they’re impaled by hooks or wince when the hooks are ripped from their mouths, they present other behaviors that indicate that they do suffer from these events.

When exposed to several irritating chemicals, fish were observed to act in abnormal ways that indicate they were in pain, such as losing their appetites or rubbing the affected areas against the tank.

Neurobiologists have discovered that fish have many neurotransmitters, such as endorphins, that relieve pain, in their brains. There are also at least 20 pain receptors, known as “nociceptors”, present in fish’s mouths and heads where they can sense pain through.

Through experimentation, fish have been observed to stop eating and rock back and forth on the tank floor after being injected with a strong acid or venom.

Trout, which are “neophobic” meaning that they tend to avoid being near unfamiliar objects, were also observed to ignore a brightly colored Lego tower that was placed in their tank after they were injected with acetic acid.

Control tests with placebos were done to prove that the above responses were due to the result of pain, are were not random. The fish were injected with saline solution, after which they showed none of the behaviors they exhibited when injected with acid.

Details on how these experiments were done can be found here.

Like most animals, fish living in social groups or a community were observed to be capable of identifying each other. They have been seen as being much more comfortable being in a new tank with their old companions than with strangers.

Fish are also able to identify larger and stronger species and predators and will modify their behavior towards them.

Fish will also act either more or less aggressively depending on who else is present; for example, if two males were fighting alone, they may act more aggressively towards each other, however, if a female were watching, they would most like to calm down as females tend to prefer those who are less aggressive.

Fish Can Be Deceptive

Some fish have been shown to deceive others.

These strategies prove that fish are certainly smarter than we’d think and is proof of their abilities to think critically.

Though fish aren’t exactly the most ambidextrous animals considering they have no limbs, they can still manage to use objects in certain ways to satisfy their needs.

Some fish, such as a few Wrasse species, can hold bivalves (clams, mussels, etc.) and sea urchins with their mouths while banging them against rocks to break the shells apart.

Other fish species have been known to lay their eggs on loose leaves so that, if a predator were to attack, they can simply carry the leaf away from their nest to protect their eggs, saving them valuable time and effort.

Again, the ability to utilize many of these simple objects to their advantage is a clear sign of intelligence.

1. Where Is the Brain Located in A Fish?

Similar to the brains of humans, the brain of a fish is located within the skull, where it connects to the spinal cord at the base of the skull.

2. How Do the Nervous Systems of Fish Work?

These stimuli are then processed in the brain, and responses are generated. These responses are finally sent to specific areas of the body via motor neurons.

We’ve gone over quite a bit of material in this article, but the important thing to remember is that yes, fish do have brains.

The next time you observe the fish in your aquarium, be sure to pay closer attention to their movements as you’ll soon realize these animals are far smarter than you’d think.