Not many fish remember their owner. Unlike most other pets that live in the water, Betta fish can interact and recognize their owners.

Another trait that makes them popular with aquarists is their wonderfully colored body. They have pretty small mouths and long, beautiful fins. Thus, they can add to the attractiveness of your aquarium. 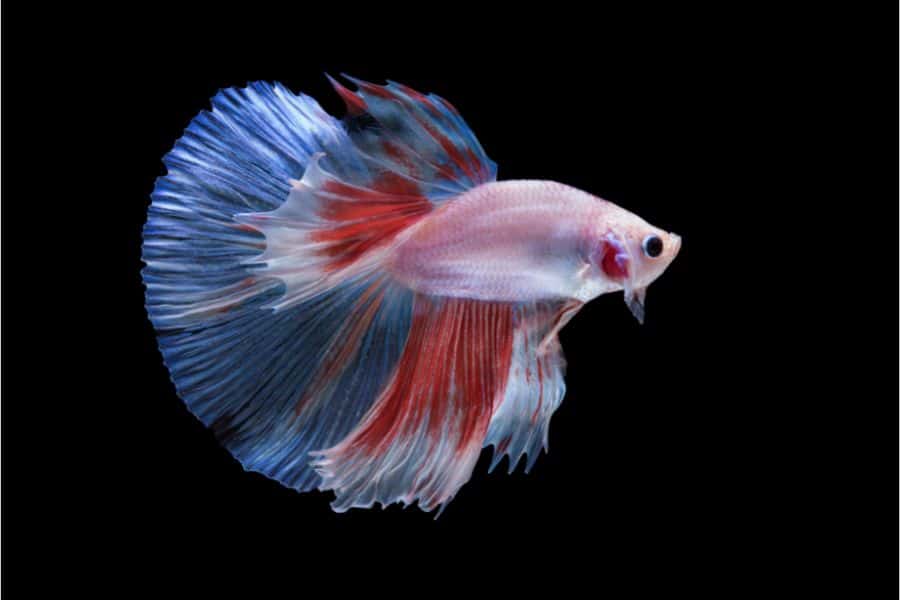 However, be careful before putting them in your fish tank. This fighting species is infamous for acting aggressively in fish tanks.

Many people stay away from them because they are afraid that Bettas will eat or kill their tank mates. Is it true? Do Bettas truly eat their mates? Read on to discover it!

Do Bettas Kill and Consume Other Fish?

Take a closer look and you will see that Betta fish do eat nano fish, fry, and baby fish. You can notice that they can swallow the small fish whole! But this is not the reason to avoid them altogether.

The list of aquarium fish at risk of being eaten is smaller than most people think. Betta fish generally don’t bully or fight their tank mates.

Still, smaller species can be targeted by them as their food. This holds true for species like Common Guppy and Chili Rasbora, just to name a few.

Therefore, it is not a good idea to add them to your aquarium if their mates are smaller in size. Also, it may not be a good choice to put them into community fish tanks. You should certainly be careful.

So, Do You Need to Avoid Betta Completely?

No! There is no need to worry as long as other fish are larger than Betta.

It is not piranha. Nonetheless, Bettas may start nipping at the tails or fins of other fish when they’re getting agitated for some reason.

This usually happens when they confuse an aquarium fish with a male rival Betta because of a similar appearance. That may cause a male Betta to start chasing around its “rival.”

This way he actually tries to evict other males from his territory. If you notice this behavior, we recommend separating your water pets to prevent it from escalating. Otherwise, this aggressive behavior is likely to worsen over time.

However, Bettas rarely use their teeth to attack and kill their mates. They have relatively small mouths. Hence, Betta can only swallow animals fitting in its mouth, such as tiny invertebrates like blood worms and brine shrimp.

What Kinds of Freshwater Fish Might Be Eaten by Bettas?

Are you looking to add Bettas to your freshwater aquarium? If so, you need to be informed of the common fish they might be trying to eat.

Most types of fish aren’t in danger. This is particularly true for larger individuals.

What about small prey mates? Well, you should not keep them in the same aquarium along with Betta. The following are the most common species that Bettas eat.

Aside from the fish species mentioned above, Betta also likes to eat Red Cherry Shrimp (Neocaridina davidi). Since these tiny shrimps are only 0.5-1 inch in size, Betta can eat them without any problem. But after all, this is completely normal.

In the wild, invertebrates and insect larvae are on their menu regularly. While Betta fish may have a hard time swallowing adult 1-inch shrimps at once, they can snap off their heads or legs, especially if they’re hungry. Yet, newly hatched tiny shrimp are the main targets for Bettas.

What Types of Freshwater Fish Can Live Safely with Bettas?

Okay, we’ve seen what kinds of fish shouldn’t be kept along with Bettas. Now let’s see what animals can live with Betta.

Remember that it’s not about the kind of fish. It is about the size.

This means each large fish (above 2 inches) can feel safe in the presence of Bettas no matter what kind it is. One may say: “I would still like to add a few tiny fishes to my aquarium and breed Betta fish as well.”

When choosing the smaller tank mates of your Betta fish, you need to follow these tips:

Some good examples of smaller fish that can live with Betta for years are guppies and rasbora. In addition, you may consider putting ghost shrimp or freshwater snails with your Bettas.

Do Bettas Kill or Bite Other Freshwater Fish?

Betta is not a species that actively seeks out fish and other animals to kill. They do it seldom and usually when they mistake fish identity. By using their teeth, they can attack a smaller fish, harming or killing it.

Yes, they do. Bettas eat just about anything small in size that moves around the aquarium, especially under 1 inch. Therefore, it is almost certain that your Betta fish is going to eat baby fish.

Do Betta Fish Consume Their Own Fry and Eggs?

Generally speaking, Bettas are great parents. They build their nests with the goal of laying the eggs instead of scattering them and leaving, as some other kinds of fish do. So, their eggs are a potential source of food for them.

They may only eat their eggs that go bad. For example, if they notice an egg that catches the fungus, they will remove it from the nest. Nevertheless, adult individuals often hunt down their fry and baby fish, so don’t keep them together just in case.

Do Bettas Ever Try to Harm or Eat Other Betta Fish?

Betta fish usually live alone because adult males fight for their territory. If you put two or more individuals in the same aquarium, the strongest male may bite, harm, or even kill his rival(s).

In case of death, they will eat the corpse of other Betta fish. Note that it differs from cannibalism. Yet, most males are more likely to only chase their rivals and make them leave their territory.

Betta fish are carnivores that may eat other fish, especially the smaller ones. They are a type of freshwater fish that grow up to 6 inches in length.

This type of fish has a wide variety of diets and it is not a strict carnivore like some other kinds. Some types of Betta fish eat both plants and meat. That’s why aquarists shouldn’t avoid it altogether.

To conclude, you should avoid this species only if you have very small fish in your aquarium or ones that resemble Betta males. If you have compatible tank mates for your Bettas, they can live together without any problems.